run multiple playout channels on a single server, in a VM or cloud instance 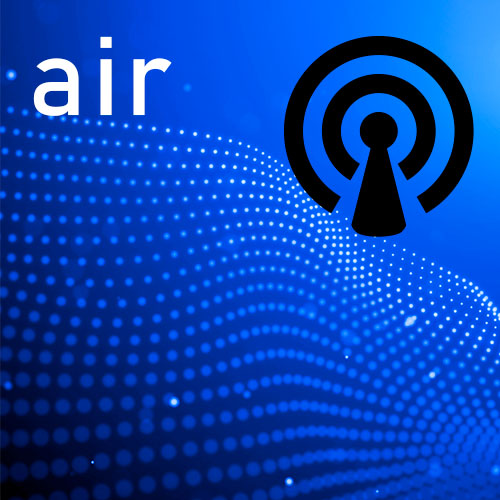 Delivering a channel is complex – with many interconnected elements costing money, requiring management and needing maintenance.

Cinegy Air simplifies these challenges being able to run many channels with flexibly configurable features in a single unit – the unit being local, physical hardware, a virtual machine or a cloud instance.

Cinegy Air can be configured to deliver H.264 and HEVC streaming output along with SDI and SMPTE-2110, as well as AC-3 encoding, optional Emergency Alert System (*), Nielsen watermarking(*) and Cinegy Titler (*) channel branding. All forming one integrated software solution that is flexible and scalable to meet current and future requirements.

Cinegy Air is the logical next step in the evolution of broadcast automation and video servers.

Designed to meet the most demanding requirements, Cinegy Air effortlessly succeeds where so many others fail. Cinegy Air can be used to control multiple channels playing to air or to plan schedules, program and commercial blocks offline. Multiple remote or local users can control the schedule and playout operation.

Advanced CG & Branding and subtitle insertion (Teletext, DVB & CC) is available as option or included in the package when you choose the right version of Cinegy Air.

Cinegy Air provides a software-based system for SD, HD, UHD and/or 8K playout automation using standard IT server hardware and certified SDI video cards. It performs video layout by acting as a TCP/IP-connected video “printer” offering its services in a network. The Cinegy Air broadcast automation software connects to the playout service and instructs it what to “print” to air and when.

The Cinegy Air product consists of two elements: a control panel and a playout engine. Cinegy Air control panel provides a state-of-the-art interface for controlling one or more playout channels connected via TCP/IP. Cinegy Air PRO playout engine executes the playlist provided to it and renders video and audio to air. It also sends real-time video stream feedback to the control panel interface, eliminating the need for video monitors as well as SDI cabling and routing.

Cinegy Air can be easily turned into a cart wall / trick mode playout for news, sports, reality show and other live operations. A/B roll, chain, slow-motion, loop and bounce playback is all supported and can be controlled with the Cinegy Studio software control panel, via RS-422 compatible devices using 9-pin protocol or even GPI triggers. In a live news production environment, Cinegy Studio can be connected to a Cinegy Archive integrated newsroom solution and used to control up to 4 independent playout engines along with Cinegy Titler graphics and Cinegy Prompter teleprompting software. Cinegy Studio can be integrated into a 3rd party MOS-based newsroom solution such as ENPS, Avid iNews, Octopus or Annova Systems, so it will automatically download the rundowns via the Cinegy MOS Gateway tool.

Cinegy Air upholds a high level of fault-tolerance and high-availability, while providing all the advantages of centralized storage. Playlists for individual channels are stored locally in the corresponding playout server in XML format while a background service is caching and conforming the video material on the playlist. Cinegy Air playout engine only plays media direct and uncached from the central storage when it is added in a few seconds before going to air. For each Cinegy Air channel one or more slave channels can be defined, all of which will play frame accurately the same media as the master, ensuring reliable failover if ever needed.

Cinegy Air can run in a VMWARE ESX, Microsoft Hyper-V, Citrix XenServer virtual machine (VM) and is available on Amazon Web Services Marketplace and Microsoft Azure as well. Running Cinegy Air playout in a VM has many advantages including better hardware utilization, instant deployment of additional channels, much easier migration and inexpensive high-availability clustering. As SDI cards cannot be virtualized but may still be needed and where they cannot be replaced by RTP or UDP streams via IP, the SDI I/O is done via Cinegy Encode, which performs RTP to SDI conversion and vice versa.

Support for NDI input and output up to UHD

Control for external device and services:

You can learn more about Cinegy Air here: